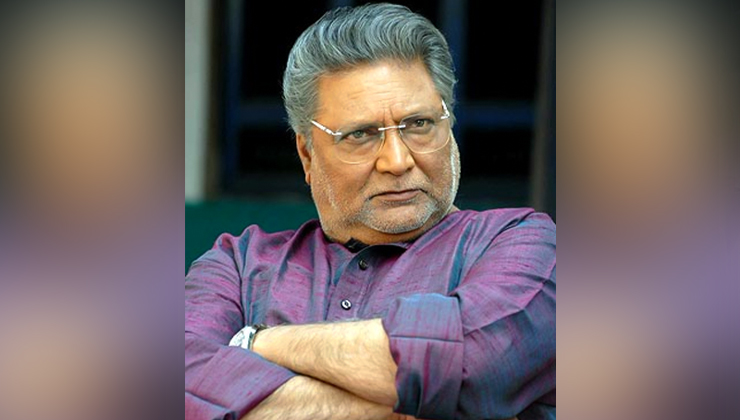 Veteran actor Vikram Gokhale, who is popularly known for his roles in Marathi, Hindi films and television shows, was hospitalised in Pune a few days ago. If reports are to be believed, Vikram Gokhale’s condition is critical. He is 77-years-old. The veteran actor’s family is yet to release an official statement.

According to a report in PTI, Vikram Gokhale was admitted to the Deenanath Mangeshkar Hospital earlier this week. The veteran actor is undergoing treatment in the hospital. The report further added that his family will update fans about his health condition.

According to the Marathi outlet Navshakti, the veteran actor was brought to the hospital a few days ago and his condition improved after the treatment. The report further claims that his condition began to deteriorate and it remains critical now.

Veteran actor Vikram Gokhale has been a part of Hindi films like Sidharth Malhotra and Rakul Preet Singh starrer Aiyaary, Akshay Kumar’s Bhool Bhulaiyaa, Lucky: No Time for Love, Nikamma, Mission Mangal, and Agneepath among others. He was also a part of Salman Khan’s film Hum Dil De Chuke Sanam.

Talking about television, the actor has appeared in shows like Singhasan, Virrudh, Chandan Ka Palna Resham Ki Dori, Udaan, Ahankaar, and Sanjivani among others. The veteran actor was also a part of the web show, Avrodh: The Siege Within. Vikram was in the news for his upcoming web series, Ambedkar – The Legend, a biopic based on the life of leader Babasaheb Ambedkar.

Also Read: Salman Khan looks dapper in blue as he poses with Bina Kak and Sania Mirza in throwback pic