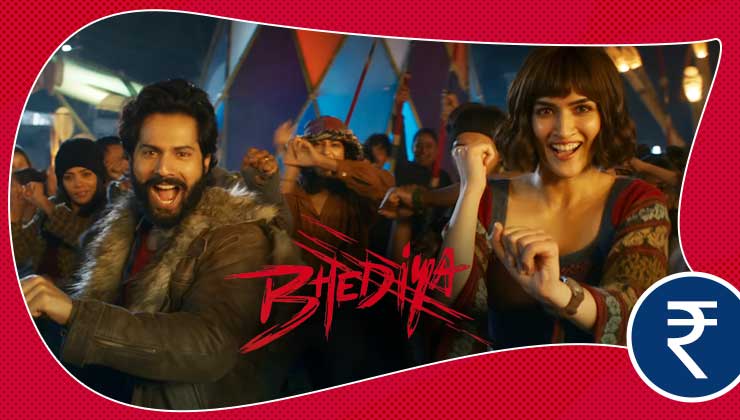 The trailer of the movie Bhediya has left the audience excited about its release. The audience is eagerly waiting for the horror-comedy starring Varun Dhawan and Kriti Sanon in a key role. Directed by Amar Kaushik, Bhediya is the third instalment of Dinesh Vijan’s horror-universe. And, the movie also features Deepak Dobriyal and Abhishek Banerjee in key roles. However, did you know how much the cast of Bhediya was paid as fees, for a role in the upcoming movie?

Ahead of the release of Bhediya, we managed to scoop out some details on the same. From Varun Dhawan to Kriti Sanon, the cast of Bhediya got a whopping sum as salary for a role in the movie.

Here’s the whopping amount the cast of Bhediya got paid as fees!

Varun Dhawan is set to play the role of Bhaskar Sharma in the upcoming movie. Reportedly, the actor was paid a sum of Rs 7 crores for a role in the film.

This gorgeous diva will be seen in the character of Dr. Anika Mittal. Kriti Sanon is set to play the role of a doctor and Bhaskar’s love interest. As per reports, the actress was paid Rs 4 crores.

Deepak Dobriyal who has made appearances in the previous Dinesh Vijan movies will play Raju Mishra in Bhediya. According to the report, the actor took home a salary of Rs 1 crore.

Abhishek Banerjee essays the role of Guddu Gupta in the horror-comedy. And, reportedly, the actor was paid Rs 45 lakh for his role.

Paalin Kabar, who is set to make his Bollywood debut with Bhediya took home a total amount of Rs 20 lakh as fees, for his role in the film, a report said.

Watch the Bhediya trailer below:

Meanwhile, going by reports, the Amar Kaushik directorial will also feature Shraddha Kapoor in a cameo appearance, reprising in her role as Stree.