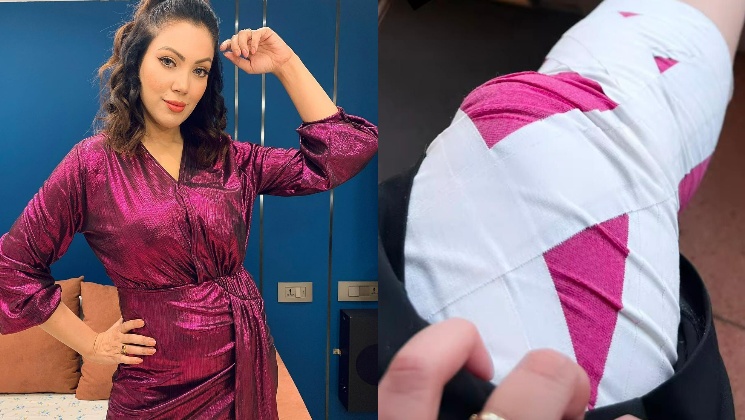 Taarak Mehta Ka Ooltah Chashmah actor Munmun Dutta was vacationing in Germany. Munmun has been sharing pictures and videos from her vacay and keeping fans updated and entertained. The TMKOC actress recently took to her Instagram Stories and revealed that she met with an accident in Germany. She injured her left knee and is returning back home.

Taking to her Instagram Stories, Munmun wrote, “Had a small accident in Germany… Hurt my left knee very bad. Thus have to cut my trip short and fly back home.”

She also shared a picture of her injured knee. The actress wrote, “Yup that’s my knee.” Munmun Dutta gets injured in Germany

As many know, Munmun is a travel freak. The actress’ Instagram posts are proof that she loves travelling. Hours before getting injured, Munmun had shared a bunch of photos giving fans a glimpse into her vacay. She had captioned the pics saying, “How much is too much ‘Hot Chocolate?’ Well it doesn’t matter I guess kyunki ‘Badi badi desho mein aisi chhoti chhoti baatein hoti rehti hai’.” Prior to that, she had a video of herself enjoying the sun in Switzerland.

Earlier this month, Sonakshi Sinha and Huma Qureshi visited the sets of TMKOC to promote their film, Double XL. Munmun shared a bunch of photos with Huma and Sonakshi on Instagram.