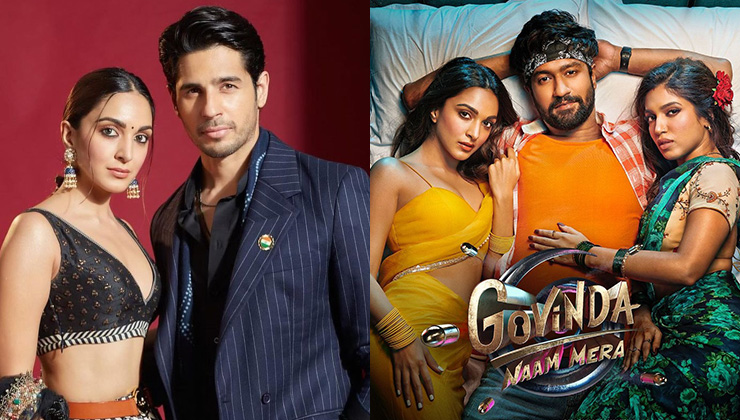 Sidharth Malhotra is excited to see Govinda Naam Mera, the upcoming movie starring his rumoured girlfriend Kiara Advani. Sidharth shared the movie’s poster and his thoughts about it on his Instagram Stories. The movie also stars Vicky Kaushal and Bhumi Pednekar. 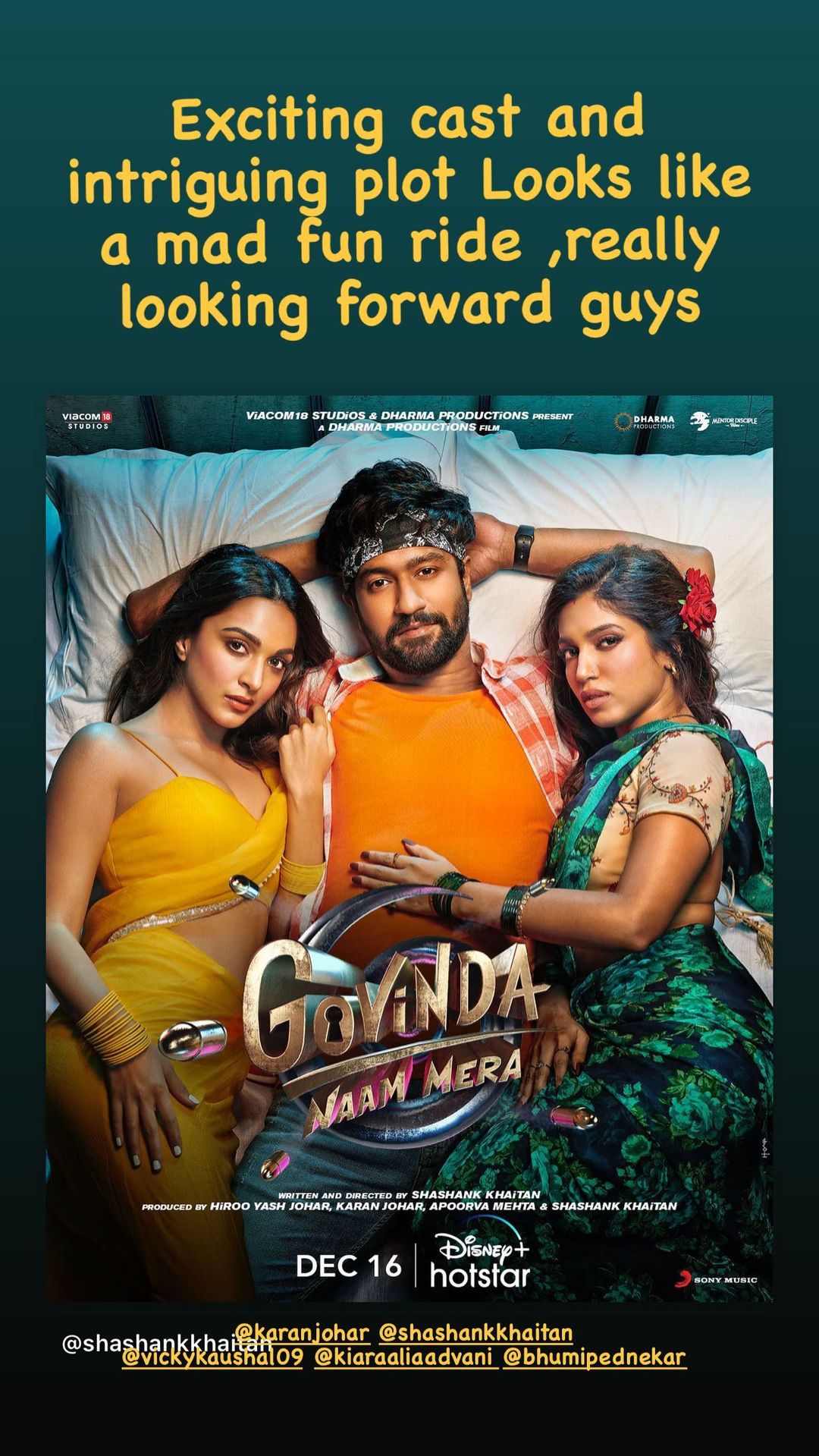 The trailer, which debuted on Sunday, showed that Kiara is portraying a choreographer who dates and works with Vicky, a.k.a. Govinda. Bhumi portrays Vicky’s wife in the film. An enormous obstacle is added to their goals when a murder occurs as they are trying to become famous.

Check out the Trailer here:

On the other hand, Sidharth and Kiara are rumoured to get married this year. Pinkvilla reported earlier this month that the couple has begun looking for a wedding venue and has likely contacted The Oberoi Sukhvilas Spa and Resorts in Chandigarh, where Rajkummar Rao and Patralekhaa got married.

According to previous rumours, Sidharth and Kiara both wanted to keep their relationship private for the time being, but they are already organizing their wedding and a glamorous reception in Mumbai. At this enormous Bollywood wedding, Karan Johar, Kiara and Sid’s mentor, is likely to take the lead as usual.

On the work front, Malhotra’s most recent film appearance was the Indra Kumaar’s film Thank God. Along with Nora Fatehi, Rakul Preet Singh, and Ajay Devgn, the actor appeared in the film. Additionally, Sidharth has Mission Majnu and Yodha. Besides this, he will also appear in the web series Indian Police Force.

Kiara, on the other hand, has Govinda Naam Mera which is slated to release. Additionally, she and Kartik Aaryan have SatyaPrem Ki Katha. Along with this, Kiara also has a movie with Ram Charan in her kitty.