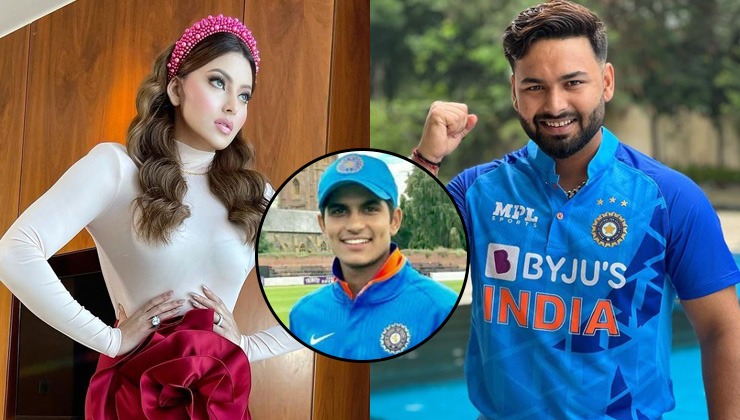 Recently, Indian cricketer Shubman Gill grabbed the headlines for almost confirming dating actress Sara Ali Khan during a talk show that was hosted by Sonam Bajwa. Now, a video has gone viral where the young cricketer can be seen making yet another big revelation. It’s about his colleague Rishabh Pant and Urvashi Rautela. Read on to know.

Apart from talking about himself and his personal life, Gill also spoke about Urvashi Rautela and Rishabh Pant when he was asked about them. For the unversed, the Hate Story 4 actress most of the times grabs the attention for her statements for Pant.

When Sonam said (without taking Urvashi’s name) that Rishabh Pant being constantly teased and linked with a Bollywood actress, and she asked if the team also teases him with the actress or it’s just outside. Shubman said that there is nothing between Rishabh and Urvashi, and the actress is trying to gain attention. He also said that his colleague, friend doesn’t get distracted by what the actress does on social media.

He said in Punjabi that is translated to English as, “She (Urvashi Rautela) wants attention and there is nothing from Rishabh Pant’s side. He has not feelings for the Bollywood actress and doesn’t get distracted by her activities. Actually, Urvashi wants that someone teases her”.

Earlier, Rishabh Pant hinting at Rautela mentioned how people are using his name for fame and popularity on social media. The latter mentioned that he should play bat ball.