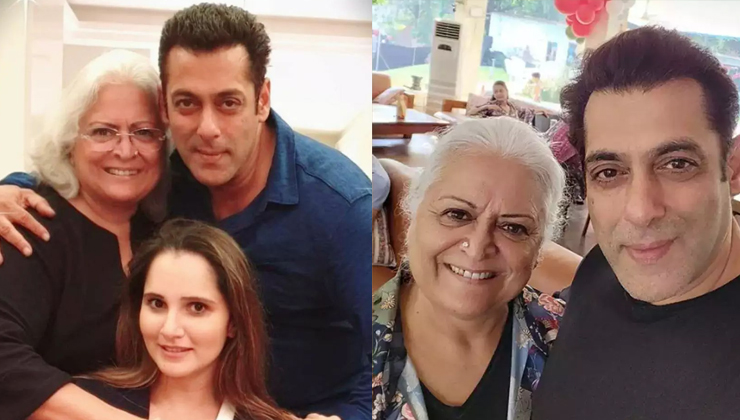 Salman Khan is one of the most loved actors in Bollywood. On Wednesday, Salman Khan’s Maine Pyaar Kyun Kiya co-star Bina Kak, who often shares pictures with Salman and family, dropped a throwback picture of her with Salman and Tennis star Sania Mirza. In the photo, Salman can be seen holding Bina Kak close. The trio is all smiles.

Salman opted for a blue shirt and looked handsome. Bina Kak looked beautiful in black. Sania stunned in a black and white outfit. The veteran actor shared the picture on Instagram along with the caption, “Memories of happy times @mirzasaniar @beingsalmankhan.”

On the work front, Salman Khan has interesting projects in the pipeline. The actor will be seen in Tiger 3. He will be sharing screen space with Katrina Kaif in the same. Tiger and Katrina’s jodi is hit among their fans. They are one of the most favourite onscreen pairs. The duo has earlier worked together in films like Tiger Zinda Hai, Ek Tha Tiger, Partner, and Bharat among others. Given that they are going to reunite onscreen again, fans are beyond excited for Tiger 3. The upcoming film is slated to release during Diwali next year.

For the unitiated, Salman Khan will also be making a cameo appearance in Shah Rukh Khan starrer Pathaan. He will also make a cameo in Riteish Deshmukh’s Vedd.

Also Read: Ajay Devgn has NOT approached Salman Khan for the sequel of Bholaa