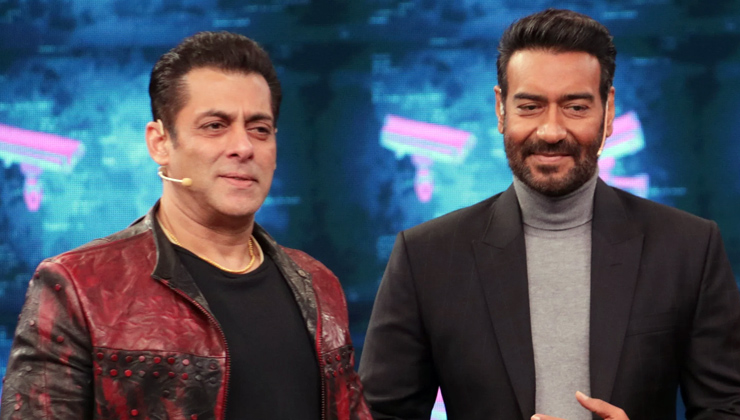 Ajay Devgn is currently enjoying the success of his latest release, Drishyam 2. Ajay has impressed everyone again with his terrific performance as Vijay Salgaonkar in the film. The sequel of Drishyam also stars Tabu, Akshaye Khanna, Shriya Saran, Ishita Dutta and Rajat Kapoor and Mrunal Jadhav. Amid enjoying the success of the film, Ajay dropped the teaser of his upcoming film Bholaa on Tuesday. It was later reported that Ajay has approached his friend and actor Salman Khan for Bholaa sequel.

Now, the makers of Bholaa released a statement and reacted to the rumours of Ajay approaching Salman Khan for the sequel. Ajay and Salman share a great friendship, but Ajay has not approached him for the second part of Bholaa.

According to Pinkvilla, the statement reads, “There are news reports doing rounds in the media about Ajay Devgn approaching Salman Khan for Bholaa sequel. Salman Khan and Ajay Devgn share a great rapport & friendship, however, Ajay has not approached him for the sequel of Bholaa. Currently, Ajay sir is busy with the post-production of his directorial Bholaa.”

On the other hand, Ajay dropped Bholaa teaser on Instagram along with the caption, “Kaun hai woh… jiska pata hai, woh khud lapaata hai.” The teaser received a good response from his fans. Fans shared their excitement in the comment section.

Talking about Salman Khan, he has interesting projects in the pipeline. The actor will be seen in Tiger 3 alongside Katrina Kaif. Fans are excited for the action-packed film. Salman also has Kisi Ka Bhai Kisi Ki Jaan. Apart from that, he will be making a cameo in Shah Rukh Khan starrer Pathaan.

Also Read: Ajay Devgn as Bholaa will give you goosebumps in enticing teaser video- WATCH