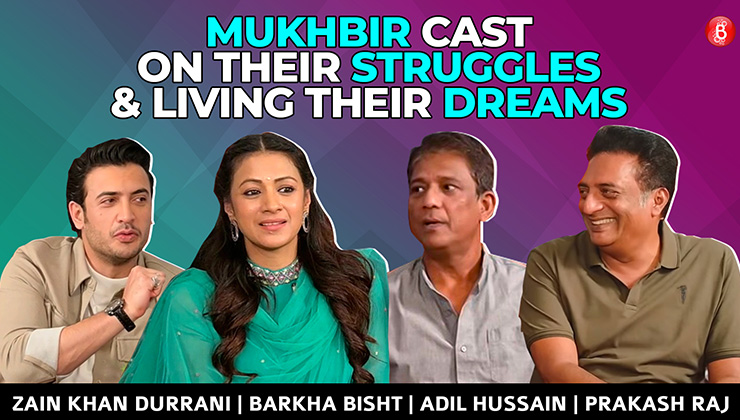 Recently, Bollywood Bubble’s host Nayandeep Rakshit was in Amritsar for the big launch of Zee 5’s Mukhbir starring Prakash Raj, Adil Hussain, Zain Khan Durrani and Barkha Bisht. Here, in this chat, they talk about their dreams and their initial years of struggle. While Prakash Raj speaks about how people often mocked him for his aspirations and claimed he’s too dark to be a hero, Adil Hussain also adds and shared a similar incident. The English Vinglish actor also opened up on how his dad didn’t speak to him for years when he decided to take up acting and how a BBC interview changed things for him. Barkha also shared about how her father – a military man – was against her wishes of getting into the glamour world whereas Zain reveals how SRK’s journey have him the power to try his luck in movies. Watch this candid interview right here.