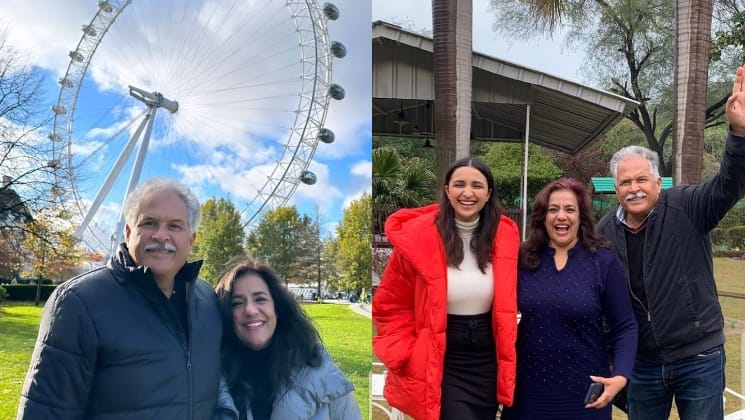 Actress Parineeti Chopra‘s parents Reena and Pawan Chopra are celebrating their 36th wedding anniversary today, November 23. To mark the occasion, the actress shared an adorable note to wish them. Taking to her Instagram Stories, Parineeti shared pics of her parents along with the note. Both her mom and dad were all smiles as they posed for the camera.

The Sandeep Aur Pinky Faraar actress wrote, “Happy anniversary to the BEST mom and dad! Our original producers, mentors and guardians. You teach us honestly, kindness and goodness every single day. We are because of you. We owe our life to you.”

Have a look at Parineeti Chopra’s wish for her parents. 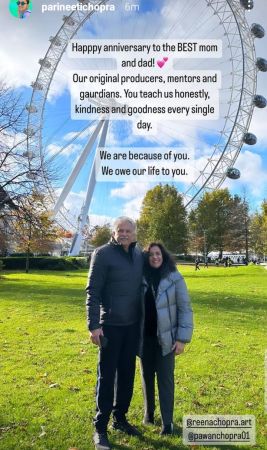 Parineeti Chopra wishes her parents on their wedding anniversary

Parineeti is very close to her family. She often goes for vacations with her parents and Brothers. She never misses to wish them or be with them on special occasions.

On the work front, Parineeti Chopra was recently seen in Uunchai. Directed by Sooraj Barjatya, the film starred Amitabh Bachchan, Anupam Kher, Neena Gupta and Boman Irani, among others. The movie got positive reviews from critics and audiences. Prior to that, she was seen in Code Name: Tiranga with Harrdy Sandhu. Parineeti will also be seen in Animal with Ranbir Kapoor, Anil Kapoor and Bobby Deol. It is directed by Kabir Singh fame director Sandeep Reddy Vanga. Chopra also has Capsule Gill with Akshay Kumar.

Also Read: EXCLUSIVE: Parineeti Chopra on facing failures: I was listening to the wrong people