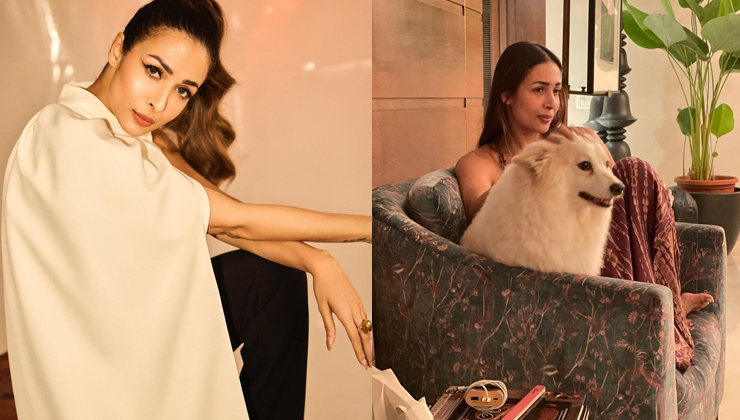 Taking to Instagram, Arora’s hairstylist Meghna shared a photo from the shooting sets of Malaika’s reality show. The picture shows cameras placed with other equipment’s. Sharing the photo from the sets, Meghna wrote, “And it begins.”

Malaika re-posted the photo on her Instagram and dropped a folded hands emoji to the post. Not just that, the actress even added a evil-eye amulet icon to the post.

Take a look at Malaika Arora’s Instagram stories below: 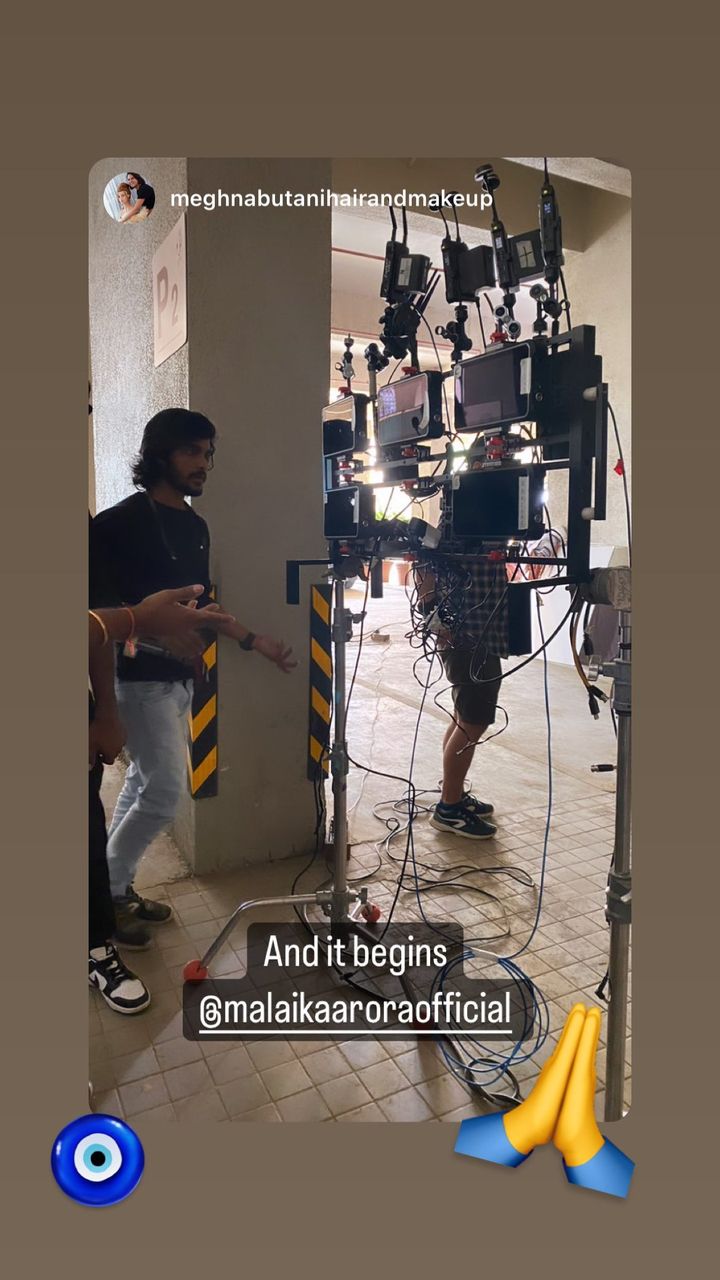 In another photo shared by a member of Malaika’s team, featured the nameplate of Arora’s home. The name plate had ‘Malaika Arora’ written in a beautiful font, in Italics. Sharing the post, the team member added the hashtag ‘Moving In With Malaika’, further confirming it is the sets of the reality show. 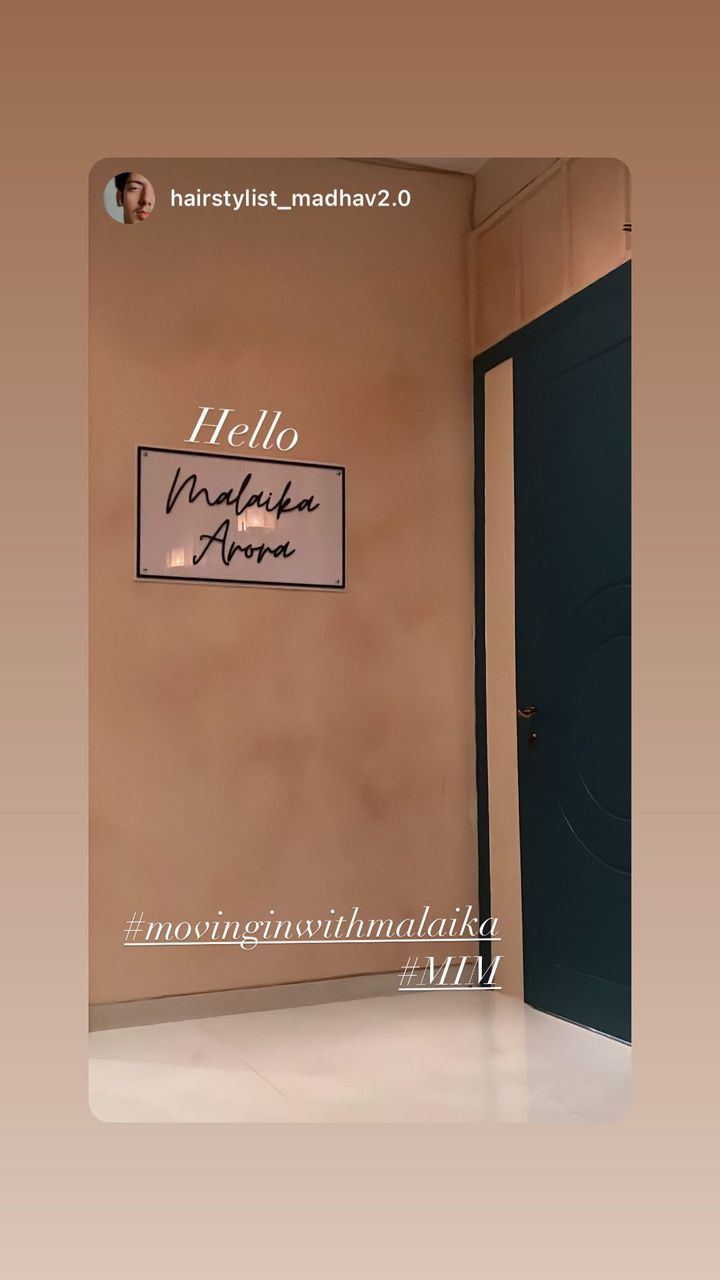 Malaika gives a peek into her reality show

Earlier, about a few days ago, Arora had shared a video as her team and she geared up for the promotions of the reality show.

The actress dropped the video and wrote, “From brunch dates to family dinners, it’s time to get up close and personal with me.”

Watch the video below:

Meanwhile, a couple of days ago, Malaika made headlines when she dropped a photo of herself, blushing hard and wrote, “I said Yes.” Fans speculated that the actress got engaged to her boyfriend, actor Arjun Kapoor. However, Malaika busted off rumours when she announced her reality show.

Also Read: Arjun Kapoor shares a mushy photo with ‘baby’ Malaika Arora as he spends time with her before leaving for shoot