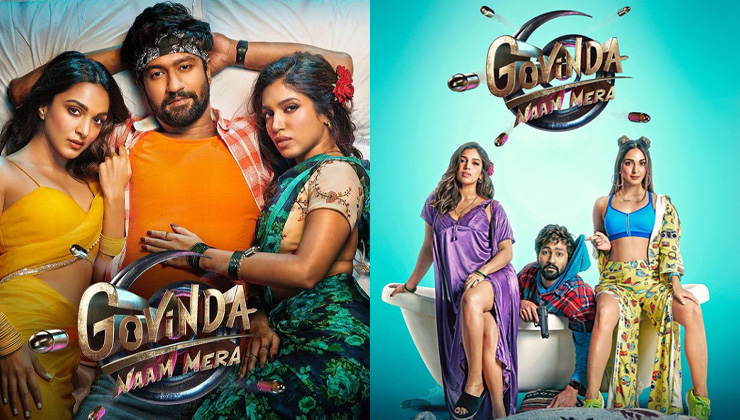 On their respective Instagram accounts, the cast of Govinda Naam Mera shared a quirky new poster and announced that the trailer is set to release tomorrow, on the date, November 20. Vicky Kaushal took to his Instagram and wrote, “TRAILER OUT TOMORROW!!! #GovindaNaamMera. #GovindaNaamMeraOnHotstar streaming from 16th Dec, only on @disneyplushotstar!”

The new poster of Govinda Naam Mera features Vicky aka Govinda seated in a bath tub. He is surrounded by his wife, played by Bhumi Pednekar, and his girlfriend, essayed by Kiara Advani, in the poster. The new poster looks all things fun and interesting. And, Kaushal clearly looks like a man with a lot of trouble and problems.

On her Instagram, Kiara Advani announced the movie trailer release date, with the poster, and wrote, “Bringing some mystery, thrill, comedy and a whole lot of Entertainment to your screens!”

Bhumi Pednekar, on the other hand, shared the similar new poster. In the caption, she wrote, “Sab kuch toh theek lag raha hai Govinda, uski wife aur girlfriend ke beech. Nahi? Get ready for the biggest entertainer of the year.“

Directed by Shashank Khaitaan, Govinda Naam Mera is scheduled to release on December 16. It will premiere on Disney+ Hostar. And, the movie sees Vicky as Govinda Waghmare, Bhumi as Govinda ki hotty wife, and Kiara as Govinda ki naughty girlfriend.