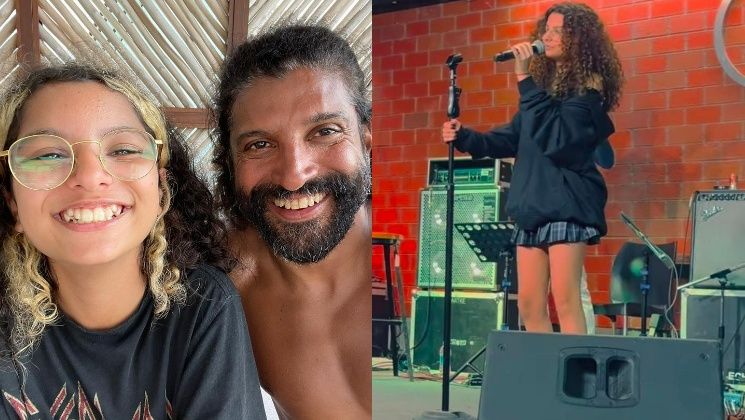 Farhan Akhtar took to Instagram and shared a video of his daughter Akira singing Tori Kelly’s hit song Don’t You Worry ‘Bout A Thing. The proud dad also penned a note for her. Shibani Dandekar, Riteish Deshmukh, Anusha Dandekar, Shabana Azmi and others showered praise on her.

In the video shared by Farhan, Akira can be seen confidently singing the song on stage. She looked beautiful in a black sweatshirt and mini skirt.

Reacting to the post, Shibani Dandekar wrote, “(heart emoji) what a (star emoji).” Sussanne Khan commented, “Loved Akira… she is absolutely delightful.” Shankar Mahadevan commented, “She is so so good… Loads of love.” Riteish Deshmukh tagged Farhan and wrote, “Fabulous.”

Fans too filled the comment section with compliments for Akira. A fan commented, “Saw her on stage once with you @faroutakhtar during a gig and now she is doing her gig- already a (star and fire emojis).” Another one wrote, “Super talented kid… God bless her.” “Talent is in her genes,” wrote a fan.

Farhan is a proud dad. The actor was earlier married to Adhuna Bhabani and with her he shares two daughters – Shakhya and Akira. They got divorced in 2017. Farhan married Shibani in February this year.

Also Read: Farhan Akhtar & Shibani Dandekar pose for a loved-up car selfie as they head out in ethnic outfits