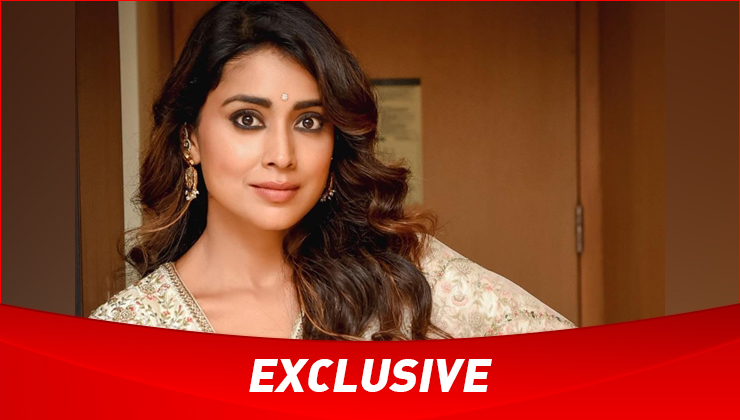 Shriya Saran is one of the popular actors in the industry. Over the years, Shriya has been a part of several South movies. The actress made her Hindi film debut with a supporting role in Tujhe Meri Kasan, alongside Riteish Deshmukh and Genelia Deshmukh. Shriya has appeared in a few Bollywood movies. The actress is currently enjoying the success of her latest release Drishyam 2. However, even after this, Shriya is referred to as a ‘South actor’. Now, in an exclusive interview with Bollywood Bubble, Shriya spoke about being called a ‘South actress’.

When asked about being referred to as a ‘South actor’, Shriya said, “I’ve said it many times but when I started acting, the first flight I ever took was for my screen test and I was just so amazed by how many, when you travel from one state to another in India, how different it is but how similar it is. So, we might have a different language, food might be different, your sense of humour will change, the fabric on which you tell a story might change but the fact that we belong to one country, that love, that oneness remains the same and I think that’s what I feel is very very beautiful.”

The actress went on to add, “And I think when we talk about cinema, it kind of brings you together so you kind of and today because of the whole pan India thing, you can be sitting anywhere but watching a film from any part of the country and kind of understand and it’s true. When I used to do films before, people will be like ‘oh he’s a superstar we know’. But maybe they’ve seen one film of his or whatever but today it really doesn’t matter if it’s your language or not. You’ve seen like so many films of the actor and you know like that song, film and all of that. So, it’s like it’s literally becoming one. It’s a great time to be a part of the industry and even before I think yes a lot of people said that she only works in Telugu, Tamil or Malayalam, Kannada but to be honest, I always took it as a compliment. I work really hard, learn different languages and I tried my best to give my best and in exchange I got to work with the most amazing directors and actors.”

Talking about her latest release, Shriya plays Ajay Devgn’s wife in the film. Drishyam 2 also stars Akshaye Khanna, Ishita Dutta, Tabu, Rajat Kapoor and Mrunal Jadhav. Shriya is beyond happy with the success of the film.

Also Read: EXCLUSIVE: Shriya Saran REACTS to smashing Drishyam 2 success: ‘My mother is not getting tickets’