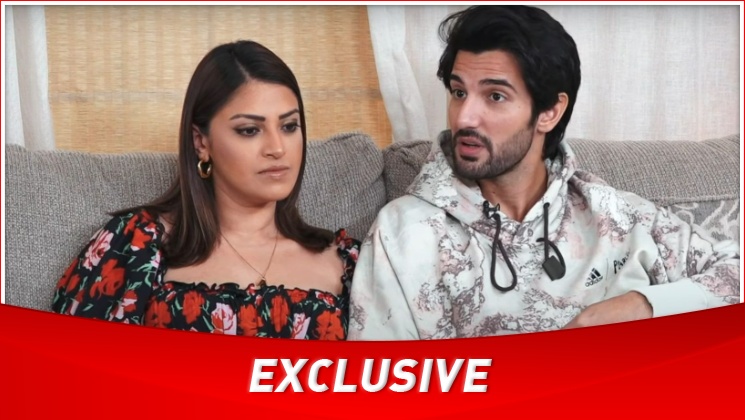 Aditya Seal and Anushka Ranjan have been together for the last five years and a year ago, the duo got married in a dreamy ceremony. On Monday, the couple celebrates their first wedding anniversary and a year of togetherness in that matrimonial bond. Before that, they got into an exclusive conversation with Bollywood Bubble where they opened up about the highs and lows of their lives and how the two of them stuck by each other in all the phases of life in the time that they have been together, especially when Aditya lost his father.

It was about 2 years ago that Aditya’s father passed away and the actor had been quite close to his dad. So, when asked during the conversation about how Anushka helped him get through that phase, the actor gave all the credit to her. He said, “It’s been what, 2 years now, everything in the last two years since my dad’s passing has been because of her. I had to go and work immediately after, I was not in the mind space, she made those calls to 10 people explaining the situation, got the shoot pushed a little bit. I didn’t want to stay in the same house, I don’t know how she worked everything out but she found a house.”

Aditya Seal revealed that their initial plans were different, but after his dad passed away, Anushka Ranjan took the first step to keep his family together. “Our initial plan was that her and I would live together and my parents were supposed to live together. Without me having to say anything, her first thing to me was, ‘you know what, your mom is going to be living with us, so let’s find a place that will be comfortable for her as well.’ It just took a load off me instantly that she accepted the fact that my mom is gonna be living with us. That was a very big stress on my head and I don’t know how she would have reacted. So, her saamne se saying this was such a relief.”

Aditya and Anushka show what true life partners are like, they stick by you through thick and thin and that’s what they have done for each other. As they celebrate their first wedding anniversary on Monday, here’s wishing them a big congratulations on it and a lifetime of happiness and togetherness.

You can watch the entire conversation with Aditya Seal and Anushka Ranjan here:

Also Read: EXCLUSIVE: Aditya Seal reveals what he would do if Anushka Ranjan and he have a daughter: Main uske BF ki dhajjiyan uda dunga