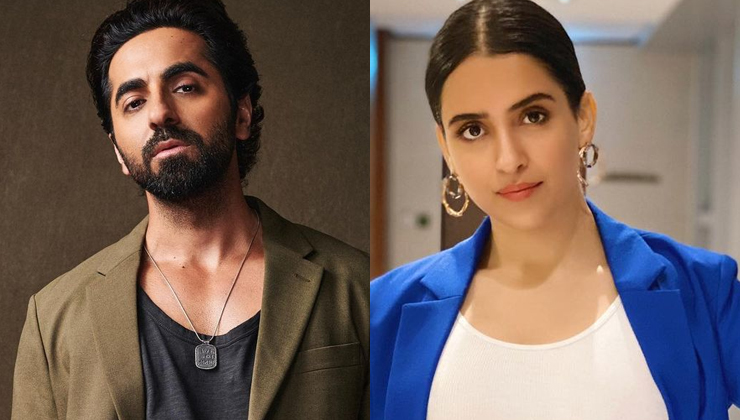 Ayushmann Khurrana recently appeared on the singing reality show, Indian Idol 13 and made a surprising revelation. Ayushmann revealed that during his initial days of struggle, he auditioned for Indian Idol but was rejected. Today, Ayushmann is one of the top actors in Bollywood. Apart from Ayushmann, there are a few Bollywood celebrities who have faced rejections on reality shows.

Speaking of that, here’s a list of Bollywood celebrities who tried their luck in singing and dancing but were rejected on reality shows.

Bollywood celebrities who were rejected on reality shows-

Ayushmann Khurrana: While promoting his upcoming film ‘An Action Hero’ on the singing reality show, Indian Idol 13, Ayushmann revealed that he once auditioned for Indian Idol and was rejected. The actor went on to reveal that singer Neha Kakkar was also rejected on the same day. He said, “Neha and I were rejected on Indian Idol on the same day. We travelled together in the train, from Mumbai to Delhi. There were 50 of us, who were rejected together and we were all travelling. Neha aaj judge hai aur main yahaan (Neha is a judge today and I am here too).”

Sanya Malhotra: Sanya Malhotra made her acting debut with Aamir Khan starrer Dangal. The actress later went on to star in films like Badhaai Ho, Shakuntala Devi, Pagglait and Love Hostel among others. Before debuting as an actor, Sanya auditioned for Dance India Dance but was not selected. The actress’ post on Humans of Bombay read, “I applied for the Dance India Dance reality show and got to the top 100. But before I could move beyond that stage, I got rejected because my backstory wasn’t strong enough.”

Rajkummar Rao: RajKummar Rao is one of the versatile actors of Bollywood. Since making his debut in Bollywood, RajKummar has given several hits. With hard work and talent, he has made a mark for himself in Bollywood. The actor’s journey wasn’t an easy ride. Earlier, RajKummar had revealed that he once auditioned for Boogie Woogie but faced rejection. According to Telly Chakkar, RajKummar said on India’s Best Dancer, “Many years ago, when I was in class 11, I had come to Mumbai to audition for Boogie Woogie with my younger brother. But, I got rejected back then.”