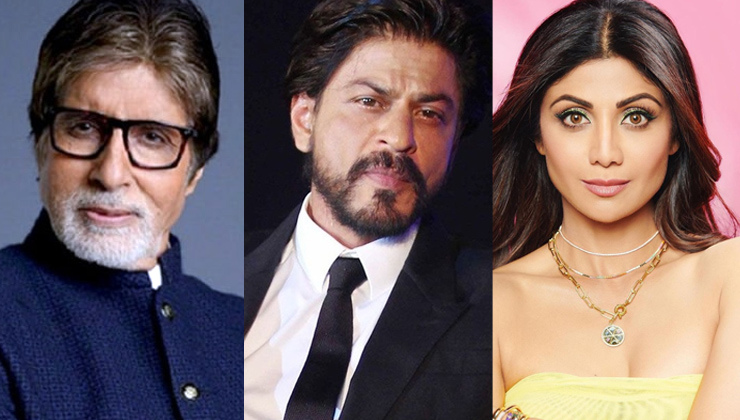 Having a career in Bollywood can be either a boon and sometimes, it can also act as a bane to many. Despite successful Bollywood careers, in a low phase of their lives, at one point in their entire career, some stars and actors have gone bankrupt. While many couldn’t make it bag, these few stars could successfully rise above with their hard work, again, achieving a lifestyle for themselves.

From Amitabh Bachchan and Shah Rukh Khan, to Shilpa Shetty and others; here’s all you need to know about 7 Bollywood actors who went bankrupt.

Amitabh Bachchan, who is known to have a net worth of reportedly Rs 3396 crore, with him making almost Rs 60 in a year once ran into debts. As per reports, Big B was in a debt of over USD 11 million dollar because of his failed ventures. Reportedly it was a failed venture with a his production company. It was after the success of Mohabbatein and Kaun Banega Crorepati helped him boost his career and bank account.

Anupam Kher reportedly has a net worth of Rs 405 crore. The Uunchai actor had revealed that he launched his acting school with only 12 students. He mentioned he started his acting school to get out of debt after going bankrupt due to unsuccessful filmmaking ventures.

Shah Rukh Khan, who has an annual income of reportedly over 200 crore has a net worth of approximately Rs. 6150 Crore. Much to everyone’s surprise, the actor had suffered huge financial losses after the release of his movie Ra.One. The actor faced a failure of Rs 150 croree. Reportedly, SRK signed blank cheques during his production, however, the box office collection of the movie wasn’t successful.

Govinda is known as Hero No 1. The actor dominated Bollywood with a series of successful and hit movies. However, reportedly, he incurred huge debts when he received no offers for a period of 3 to 4 years. His net worth currently is Rs 133 Crore.

Jackie Shroff had made headlines when he revealed he was unable to repay a loan to filmmaker Sajid Nadiadwala. It was after a series of flop movies, reportedly. As per reports, the actor cleared his debts by selling off his real estate properties. And, Salman Khan stepped in and helped Shroff during his tough time.

Preity Zinta, who has a net worth of reportedly Rs. 118 Crore made her Bollywood comeback in 2013 with the movie Ishkq in Paris, produced by her maiden production. However, the movie did not perform well. Eventually, the actress faced huge financial losses. Even in Preity Zinta’s tough time, Salman Khan stepped in and helped her.

Shilpa Shetty reportedly has a net worth of Rs 134 crore, had once revealed that she was unable to complete a video shoot for her cricket team. The Sukhee actress said she “couldn’t afford” to do it and had ran short on her reserves. However, Shilpa has managed to overcome her struggles and make it better for her.