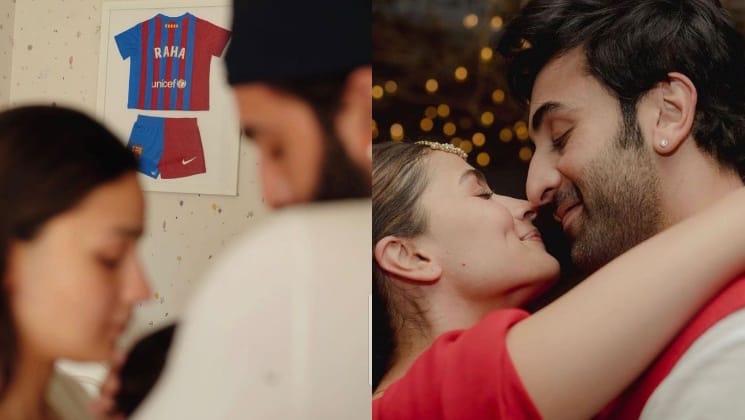 On November 24, Alia Bhatt revealed the name of her daughter with an adorable post. Alia and Ranbir Kapoor have named their Baby girl, Raha. As soon as Alia shared the post on her Instagram handle, celebs and fans flooded her comment section with love and blessings for the little one. The newly minted parents revealed their daughter’s name with a personalized mini jersey of the football club Barcelona framed in the background and Raha printed on the jersey. We all know Ranbir is a huge football fan and admirer of Lionel Messi. So, it was so thoughtful of them to share the name of their daughter with their fans in such a unique way. FC Barcelona has congratulated Ranbir and Alia.

The football club tweeted, “Congratulations, @aliaa08 & Ranbir Kapoor!! A new Barça fan is born 👶. We can’t wait to meet you all in Barcelona.(sic)”

Congratulations, @aliaa08 & Ranbir Kapoor!! A new Barça fan is born 👶. We can’t wait to meet you all in Barcelona. pic.twitter.com/Lef3P4DPe2

Yesterday, Alia shared a family picture featuring herself, Ranbir and their little one. Ranbir can be seen holding their baby in his arms while Alia adorably looking at both. She also wrote that the name of her baby was chosen by her ‘wise and wonderful Dadi’, Neetu Kapoor.

The Gangubai Kathiawadi actress also shared the meaning of Raha, as she wrote, “Raha, in its purest form means divine path in Swahili she is Joy,In Sanskrit, Raha is a clan,In Bangla – rest, comfort, relief, in Arabic peace, it also means happiness, freedom & bliss.” She added, “And true to her name, from the first moment we held her – we felt it ALL! ❤️”