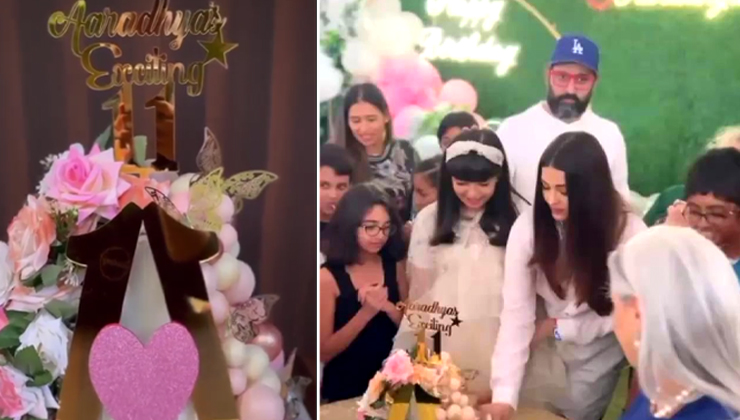 In the video on Instagram, Aaradhya looked stunning dressed in a white tulle dress. She looked princess-like as she celebrated her birthday with friends and family. Aishwarya and Abhishek arranged a massive two-tier cake with floral motifs, gold butterflies and more, for their little princess. The cake also had Aaradhya’s ‘A’ initial placed in the front.

Watch the video below:

A few photos from the birthday bash show Aaradhya receiving a warm kiss from her dearest father. Abhishek gives his daughter a sweet kiss, showering blessings on her. The star kid is also clicked heading towards her Dadi, Jaya Bachchan to feed her a slice of cake.

Check out the photos below:

Meanwhile, Aaradhya’s birthday bash was attended by Riteish Deshmukh, Genelia D’Souza, their kids and several others. On their daughter’s birthday, Aishwarya and Abhishek, both, did not leave a chance to shower love on their little one. They made posts on their Instagram accounts and penned sweet birthday wishes for Aaradhya.