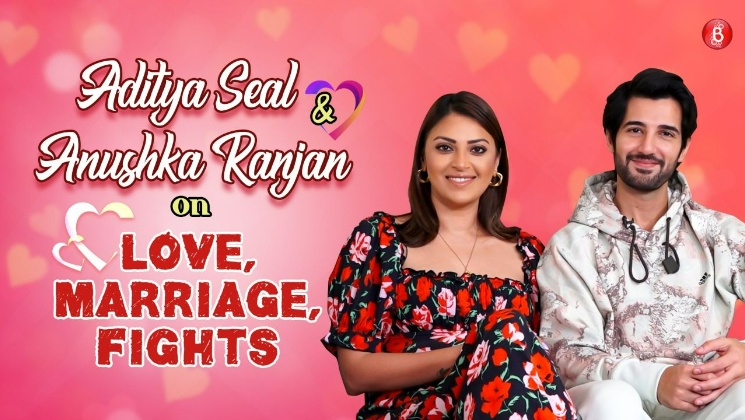 One year ago, Aditya Seal and Anushka Ranjan tied the knot in a dreamy wedding ceremony and as they get ready to celebrate their first anniversary on November 21, the couple got into an exclusive conversation with Bollywood Bubble host Akash Bhatnagar where they opened up on life after marriage while reliving some secret wedding memories like ‘fugdi wale uncle’ and the incessant rain on that day. They also shared their first meeting with each other’s families, how Anushka’s father tried to stop their marriage, her relationship with Aditya’s nieces, how she helped him deal with his father’s demise and the pride they take in each other’s work. The couple also opened up about their plans to extend their family and have a Baby while also sharing how Aditya already acts like a protective dad with her sister Akansha Ranjan Kapoor. Check out the amazing recap of their dreamy love story in this conversation here!